The Haunting Of Bly Mannor is a follow-up to the American anthology supernatural horror drama web television series The Haunting of Hill House, created and directed by Mike Flanagan for Netflix, and will be loosely based on the 1898 horror novella The Turn of the Screw by Henry James. While the creative team and many of the cast of Hill House are returning for Bly Manor, the narratives of the two series will not be connected.

The Haunting of Bly Manor entered production on September 30, 2019, and will premiere on Netflix October 9, 2020.

Episodes of the second season include:

In an interview with Entertainment Weekly, Mike Flanagan said, "I don't want to speculate too much about season two until Netflix, Paramount and Amblin let us know if they want one. What I will say, though, is that as far as I've ever been concerned with this, the story of the Crain family is told. It's done."

Victoria Pedretti and Oliver Jackson-Cohen return as new characters: Pedretti in the role of Dani, "a governess who takes care of two very unusual children", and Jackson-Cohen will portray Peter, "a charming fellow". Henry Thomas and Kate Siegel will also return for the second season in as-of-yet undisclosed roles. 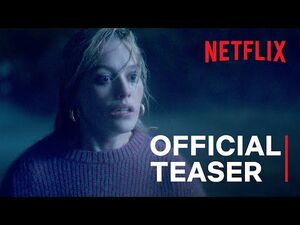 Retrieved from "https://the-haunting.fandom.com/wiki/The_Haunting_of_Bly_Manor?oldid=1301"
Community content is available under CC-BY-SA unless otherwise noted.